Police in Mexico are hunting an amateur footballer accused of killing a referee by headbutting him after he was red carded.

The shocking incident occurred on Sunday morning around 10.30am local time at a pitch called ‘Amigos del Balon’ – Spanish for ‘Friends of the Ball’ in Tulancingo in the Mexican state of Hidalgo. 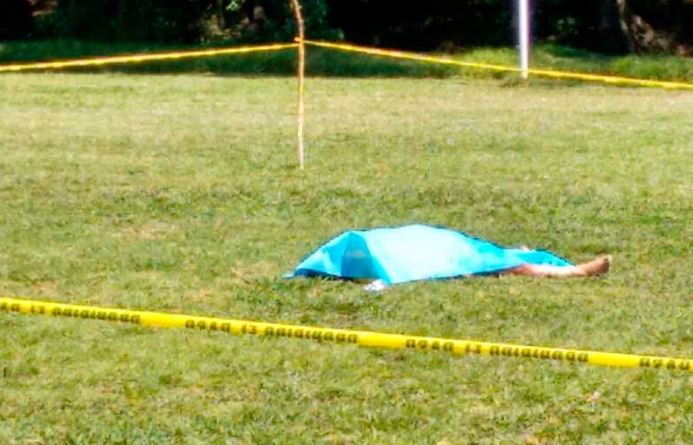 The player blamed for the ref’s death was representing a Sunday league side called Canarios-Roja Gomez.

He reportedly lost his temper after being red-carded for protesting a foul, and is still believed to be on the run.

Fans thought the official had fainted after being knocked unconscious in the assault.

But Red Cross workers were unable to revive him after racing to his aid and discovering he had no pulse.

The AWOL player, who reportedly fled the scene in a pick-up truck amid chaotic scenes as the ref was receiving medical attention, was named locally as Ruben Rivera Vazquez.

According to the emergency services, the referee died of a “widespread subarachnoid hematoma,” caused by a blow to the head.

Multiple police officers have been dispatched to catch the perpetrator. According to available information, the suspect is still on the run.