A social media user identified as @Greatnesskwame on Twitter has poured heavy insult on popular TV presenter, Akumaa Mama Zimbi for showing her support for Sarkodie.

Many people including numerous celebrities after the release of this bitter banger, made several reactions on it and the famous TV presenter wasn’t an exception. 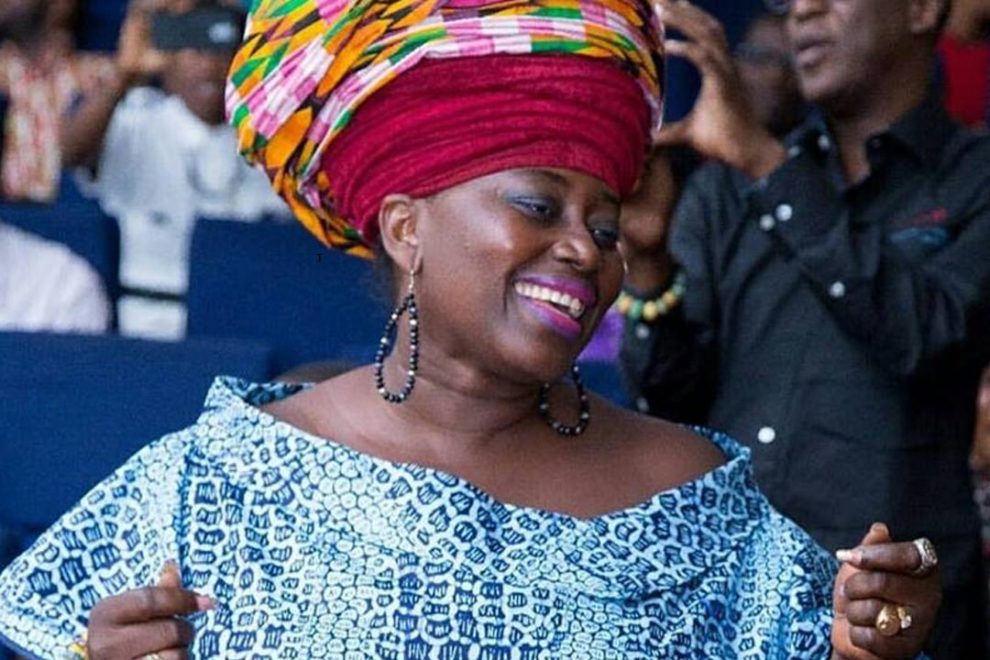 Akumaa Mama Zimbi on her Twitter handle congratulated Sarkodie for bringing out such a song for Shatta Wale to wise him up.

Though many people were pleased with the accolades that were coming out from the various celebrities, it seems @Greatnesskwame doesn’t see it as an action that needs an honor.

The Twitter user in his reply gave an insult that could be rated over Sark’s own to the TV presenter as he spits in the local dialect.

In the Twitter user’s own version of ‘My Advice,’ he directed Akumaa Mama Zimbi to rather advice Sarkodie to stop beefing than to show off her compliment to his actions.

Read his reply below… 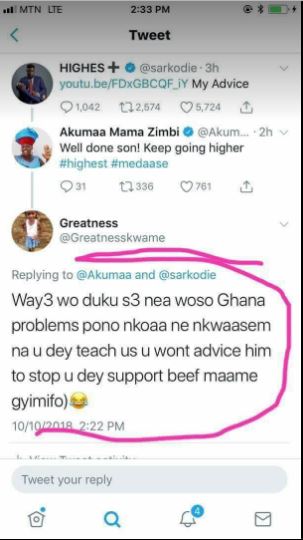