The President of Rugby Africa, Mr. Khaled Babbou, attended meetings in London on the 16th of April, with his counterpart from Rugby Europe, Mr. Octavian Morariu, and members of World Rugby to discuss the project of a World Rugby Nations Championship and its implications for Tier 2 and Tier 3 countries.

The discussions touched on the future of Rugby in Africa, its immense potential and the strategies to keep growing the game in Africa and improving performance at the same time.

According to Mr. Babbou, the encounter was a good platform to give his vision for the growth and development of Rugby in Africa as well as the challenges to Mr. Beaumont and Mr. Gosper, and to touch base on the shared mission and vision of both rugby bodies to grow the global rugby family and to make it a sport for all, true to its values of integrity, passion, solidarity, discipline and respect. 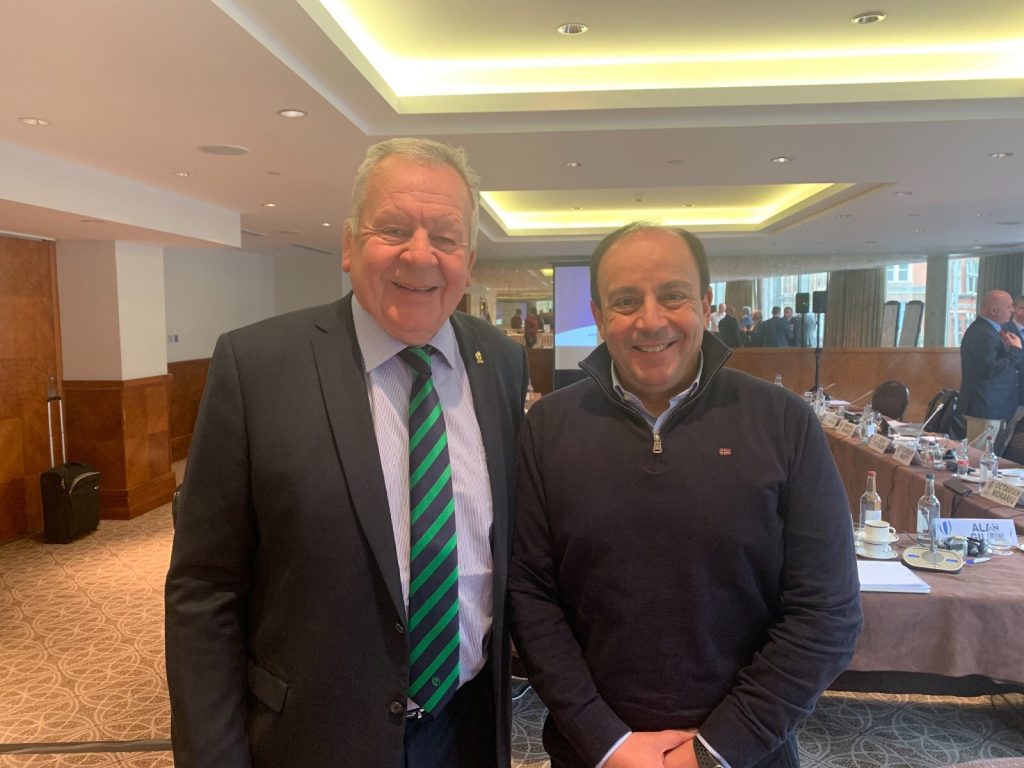 “As one of the fastest growing Regional Associations of World Rugby, the meeting served to confirm Rugby Africa’s commitment to grow and develop rugby on the African continent with its huge untapped potential despite the challenges it is facing,” Babbou said.

Mr. Herbert Mensah was invited to join the Rugby Africa EXCO in Marrakesh, Morocco, at its 13th General Assembly to contribute his experience in building commercial value for Rugby Africa.

“Both the formal and informal discussions laid the platform for Rugby Africa to work closely with its governing body, World Rugby, in chasing shared objectives and to open the doors for further discussions on support for a continent that has enormous scope for growth,” Babbou said

Both Babbou and Mensah believe the major challenge is and will be to establish sustainable funding for the development and tournament programmes of Rugby Africa as well as funding that will go beyond that to support its high-performance Unions to excel once it enters the global stage of Rugby.