A family of three; a man, his wife and their five-year-old son, were burnt beyond recognition at Zutsukpo, a  village near Tsopoli in the Ningo-Prampram District after they were shot by unknown persons.

The incident happened on Thursday at about 8pm.

The assailant(s) allegedly shot them and set their pick-up truck with registration number GW 8970 V, in which they were travelling in on fire.

The deceased, whose name was given as Kwao, a farmer, were said to be on their way to town to fetch water for domestic chores after a hard day’s work.

According to the Ningo-Prampram Division Police Commander, ACP Dodzie Hlordzi, his outfit has commenced investigations into the incident. 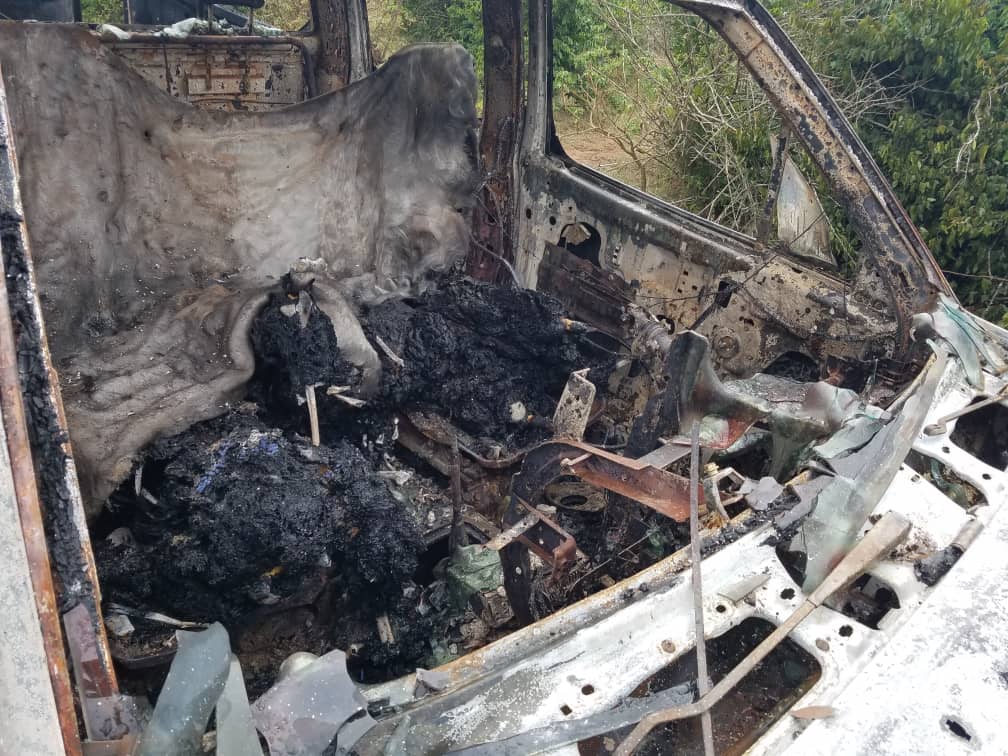