Three men who allegedly undertook a series of robberies against some diplomats and high profile individuals in the country have been arrested by the police.

According to statement released by the Pubic Affairs Directorate on Monday, some items were retrieved during the arrest including “assorted visa cards, wrist watches, mobile phones, bag packs, a diplomatic card issued by the government of Ghana, drivers license issued in Virginia, USA both bearing the name of the wife of one of the victims, passport size photographs of white male adults and many more from the suspect’s place of abode at Dansoman in Accra.”

The statement signed by Supt. Sheila Abayie-Buckman also gave the names of the alleged accomplices as Kenneth Antwi and Baffour Adjei Gyimah. 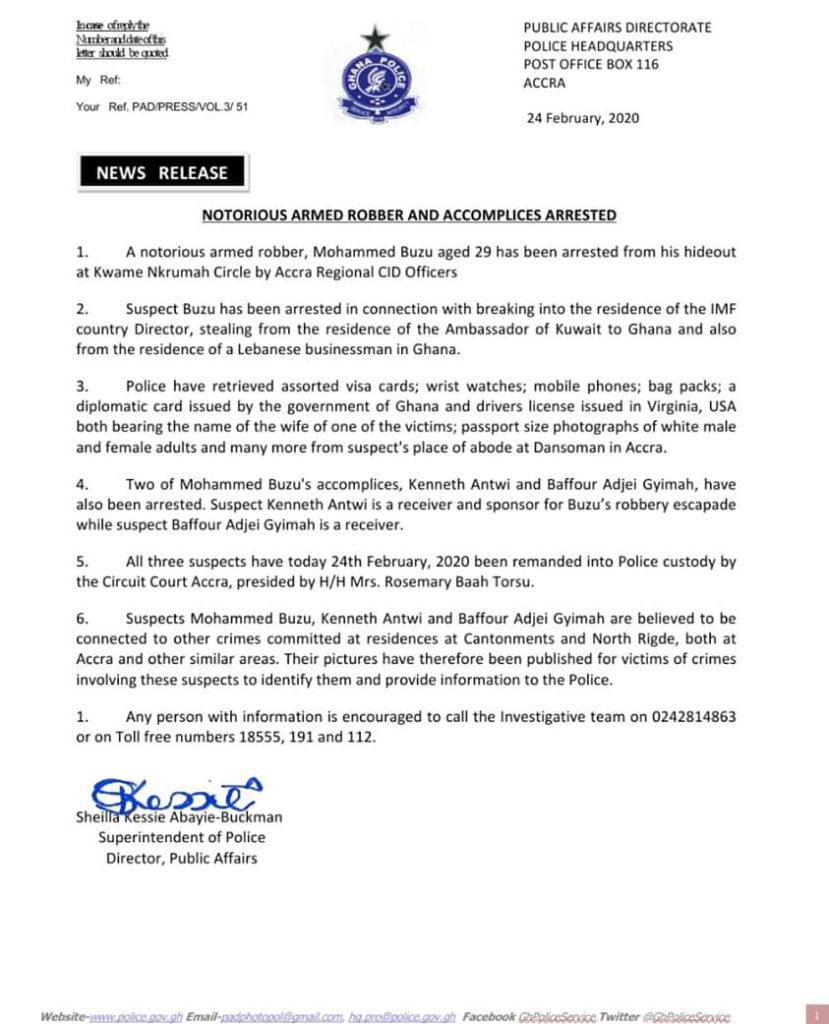