Coronavirus fight: Why Ghana could be facing serious threats 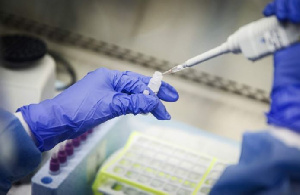 It’s been a little over a month since the airwaves, online portals, and social media was hit with news of Ghana’s first two cases of the novel Coronavirus which has gradually eaten into the global community.

The announcement was made on March 12, 2020, by the Ghana Health Service and over the period till now, Ghana has recorded some 641 cases of the virus in Ghana.

Government undeniably is on its feet, led by the President, Nana Addo Dankwa Akufo-Addo, Vice, Dr. Mahamudu Bawumia, Information and Health Ministers, front line health workers and all stakeholders, consistently putting in directives and measures to combat the pandemic and rid the country of this fate.

There was the ban and travel directives from the Presidency; that was the first move, followed by some more bans and directives and then finally, a partial lockdown in some parts of the Greater Accra and Ashanti regions.

It is indeed remarkable, efforts by government to curb the spread of the disease, contain and deal with this canker and get the country and its economy back on track. So far, some 83 persons are said to have fully recovered and contact tracing and testing is still ongoing but! There have been some loopholes, noticeable ones which are pointers.

The response and reaction of some Ghanaians to directives government has given to contain the virus and avoid further spread actually raises questions about how careful the citizenry is, and how serious they are about staying safe, but also about how well government prepares the populace to deal with these directives before they announce them and implement them subsequently.

These three factors are why Ghana’s fight against coronavirus may actually be facing some serious threats.

Government’s efforts to distribute food and cater for the vulnerable in society has not come without its challenges. Mobs, in various areas would gather, completely ignoring the social distancing rule, only caring about getting a pack and some food items to survive on.

There are other associations, groups, individuals who go round to distribute food; same thing greets them.

Why this is dangerous? Because though not airborne, close contact increases and poses high chances of people contracting the Coronavirus, reason so many people are exposed. Ultimately, it becomes a situation where one issue is solved and several others are created.

Fortunately, government, through the information minister, Kojo Oppong Nkrumah, has trumpeted the need for persons distributing food to ensure the social distancing directive to avert further spread of the disease.

Some have began adhering to this, hopefully, this sinks in soon enough and we reduce the risks of exposing hundreds to the Coronavirus pandemic, while trying to solve a problem.

People were everywhere they could find food items and groceries. The reason? They had to hoard food for themselves and their families, pending the coming weeks full of anxiety and fear of the unknown. It began in many markets, particularly across the Greater Accra Regional capital, a day after the President, Nana Akufo-Addo had announced a 2-week partial lockdown for most parts of the region.

One would assume that the numbers would have dissuaded people from forming crowds or visiting crowded areas but no, it was the contrary.

Mallam, Agbogbloshie, Kaneshi, Kasoa, Madina and the Makola markets were a few of the places where people had thronged to buy things for keeps.

Just last week, a visit to the Agormanya Market in the Eastern Region revealed that local authorities had vamped efforts to maintain safety protocols and social distancing directives in the markets but a simple look at the traders and residents in the area could tell that they barely were perturbed about any danger of the virus.

One thing runs through all of this, crowds.

At the start, the country’s confirmed cases were mostly imported but then community cases began emerging. The more these crowds form, the higher the tendencies for community spreading. We cannot tell for certain where these community cases stemmed from but it’s a sure thing that the crowds pose a higher risk.

Some over 200 hundred homes at Old Fadama in Accra were destroyed on Wednesday April 15, leaving scores homeless at a time where the capital is observing a partial lockdown. At a time when the social distancing directive is being drummed into the ears of everybody as a way of containing and avoiding further spread of the disease.

The Accra Metropolitan Assembly has denied spearheading the exercise as many alleged, instead they said, the community leaders agreed to ‘voluntarily’ embark on the exercise, to pave way for contractors to dredge the Korle Lagoon.

The Accra Mayor, Mohammed Adjei Sowah said that the people who had encroached part of the Korle lagoon had to vacate the place for the filth that had engulfed the area to be cleared as soon as possible before the rainy season begins.

The decision taken by the community leaders, he explained, will save lots of lives during the rainy season as well as prevent floods in the area as well as Odawna, Adabraka Sahara and Alajo.
The move has been widely condemned by many, groups and individuals alike as should rightly be done.

Whatever warranted this move, the question still stands, couldn’t this have been shifted? Were the inhabitants of these structures considered as far as social distancing and the partial lockdown are concerned?

A visit by the media to the area hours after the demolition revealed people sleeping on the bare floor, and some on cloths, huddled together with no place to spend the night. Following this, the AMA has made provision for tents and canopies to serve as dwelling places till the dredging is over.
Simple question, is this not exposing these persons to contracting the virus? Does it not defeat the purpose of the social distancing directive?