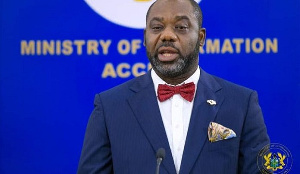 Minister of Education Dr. Mathew Opoku Prempeh has directed the removal of the controversial decentralisation clauses from the Pre-Tertiary Education Bill currently before Parliament, which had set the government on a collision course with teacher unions.

According to a letter from the Director-General of the Ghana Education Service (GES), Prof. Kwasi Opoku-Amankwa, to one of the education unions on May 20, the ministry has decided to delete sections 29-37 of the bill, which deal with decentralisation of the education service, to pave the way for its consideration and passage by parliament.

The reforms envisaged by the bill were going to place Senior High Schools under the management of regional education directorates, which in turn would be under the regional coordinating councils.

Basic schools were going to be managed by Metropolitan, Municipal and District Assemblies, while technical and vocational schools would be managed and run by their own director-general, independent of the GES.

Furthermore, under section 32(3) of the bill, the Head of the Local Government Service would be appointing heads and staff of the District Education Unit as well as be responsible for promotion, transfer, discipline, and dismissal of staff.

Additionally, the preparation, administration, and control of budgetary allocations of basic schools were going to be determined by district assemblies.

Teacher unions and some education watchers argued that the GES would be shorn of its power and become a feeble coordinator if the changes in the bill were allowed to take place.

According to the letter, the ministry’s change of mind followed extensive discussions it had with pre-tertiary teacher unions, which had expressed reservations about the bill.

“From the interactions, it is obvious that the main issue of concern of the unions relates to the aspects of the bill which deal with decentralisation of the education system,” the letter said.

It added that the decision to delete the controversial sections was taken upon careful reflection after a meeting with representatives of the education unions on May 20.