Ghanaians on social media have advised comic actor Funny Face to compensate his baby Mama Vanessa and her family for disgracing them on social media after he rendered an unqualified apology to them.

Funny Face in a lengthy post on Instagram rendered an apology to Ama Vanessa, her mother, father, other family members he had verbally abused. In the post, Funny Face begged for mercy and forgiveness from his baby mama and her parents over the derogatory words he used against them when the issue popped up online.

Knowing well he’s made a big mistake, Funny Face stated that he is ready to accept all blame and faults of the family, thus ready to carry the cross of public backlash and insults.

The twins’ father further indicated that he made the apology and came back because of his children.

He said, “Let’s build the family, even though we are angry at each other, the beautiful kids don’t deserve this,” a part of his post reads.

Reacting to this, a section of Ghanaians feel his apology wasn’t enough and has to compensate his baby mama with a brand new car and build a three-bedroom house for his in-laws.

Read some of the comments from his fans below; 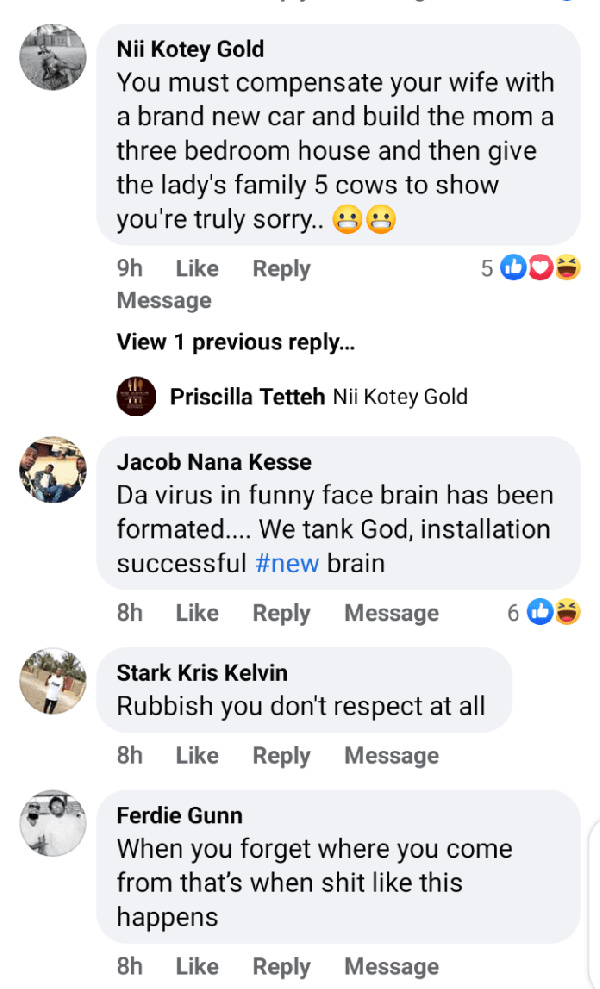 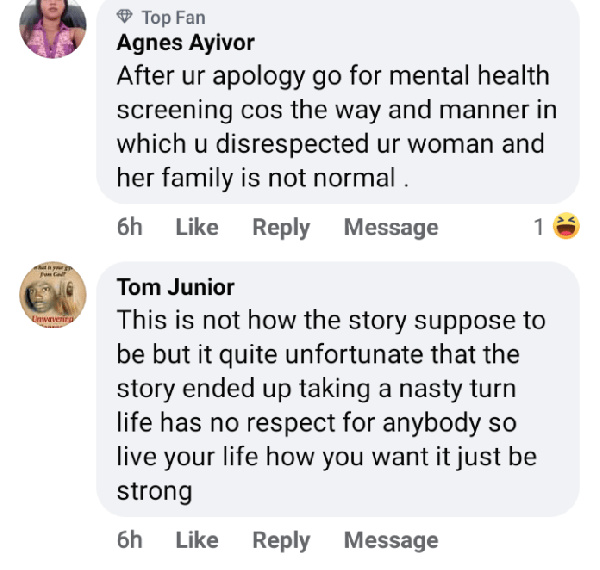